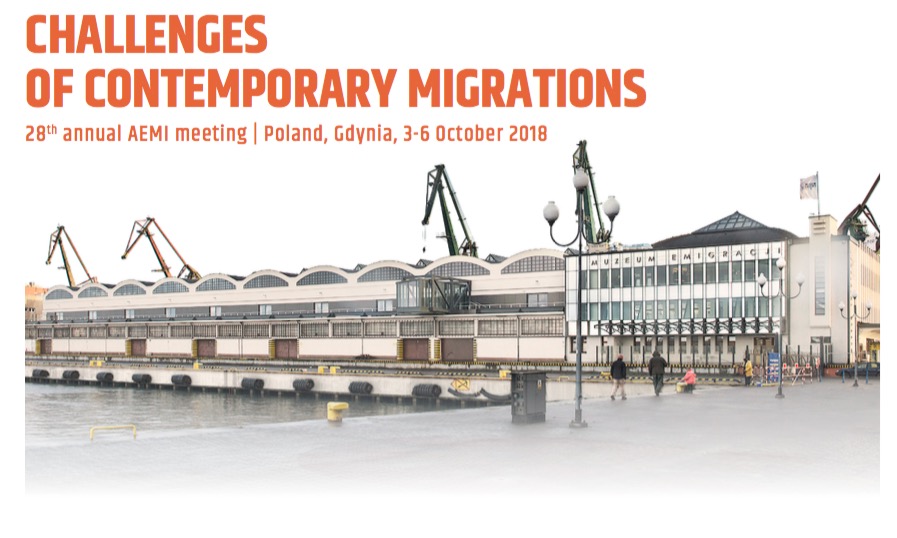 The 28th annual AEMI meeting will take place in the Emigration Museum in Gdynia, Poland, based in the historic building of the Marine Station, which for decades functioned as the emigration station for thousands of people. 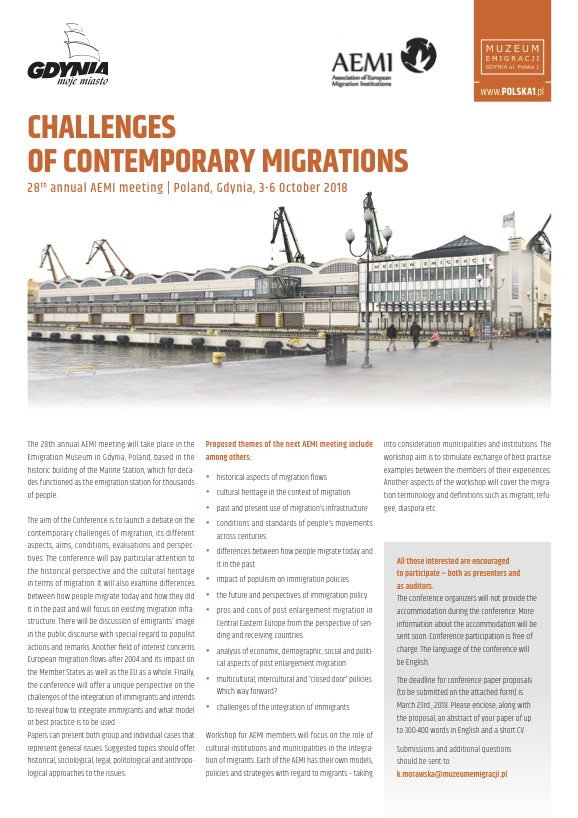 The aim of the Conference is to launch a debate on the contemporary challenges of migration, its different aspects, aims, conditions, evaluations and perspectives. The conference will pay particular attention to the historical perspective and the cultural heritage in terms of migration. It will also examine differences between how people migrate today and how they did it in the past and will focus on existing migration infrastructure. There will be discussion of emigrants’ image in the public discourse with special regard to populist actions and remarks. Another field of interest concerns European migration flows after 2004 and its impact on the Member States as well as the EU as a whole. Finally, the conference will offer a unique perspective on the challenges of the integration of immigrants and intends to reveal how to integrate immigrants and what model or best practice is to be used.

Papers can present both group and individual cases that represent general issues. Suggested topics should offer historical, sociological, legal, politological and anthropological approaches to the issues.

Proposed themes of the next AEMI meeting include among others: – historical aspects of migration flows
– cultural heritage in the context of migration
– past and present use of migration’s infrastructure

– multicultural, intercultural and “closed door” policies. Which way forward? – challenges of the integration of immigrants

Workshop for AEMI members will focus on the role of cultural institutions and municipalities in the integration of migrants. Each of the AEMI has their own models, policies and strategies with regard to migrants – taking into consideration municipalities and institutions. The workshop aim is to stimulate exchange of best practise examples between the members of their experiences. Another aspects of the workshop will cover the migration terminology and definitions such as migrant, refugee, diaspora etc.

The deadline for conference paper proposals (to be submitted on the attached form) is March 23rd , 2018. Please enclose, along with the proposal, an abstract of your paper of up to 300-400 words in English and a short CV.

Submissions and additional questions should be sent to: k.morawska@muzeumemigracji.pl 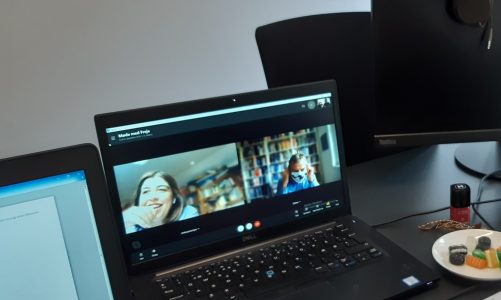