Is there a “European body” and how is Europeanization embodied? What is a “European body” then? Jean Comaroff has once shown that “nationality, culture and physical type are condensed into the language that […] would mature into scientific racism” which “imprinted the physical contours of stereotypic others on the European imagination–and, with them, a host of derogatory associations” (Comaroff, 1993: 309). Taking this quote as a starting point in the prospected special issue we would like to ponder on the question how a European body is constructed in multiple but not uncontested ways and how European imperial dynamics (Stoler & Cooper, 1997; Stoler, 2013) continue to shape and produce what we see as ever new emanations of the “European body”.

In recent years both the so-called refugee crisis and the EU enlargement on the ten, predominantly postsocialist countries amplified nationally coded anxieties that often make use of the category of “Europe”. Such “Europe” has different meanings depending on the geographical and cultural positioning of those applying it. Currently, both in “the East” and in “the West” of the EU it is often a notion that stresses difference from the Muslim “other”. It is applied by such parties as the Alternative für Deutschland (Germany), Partij voor de Vrijheid (NL), Sverigedemokraterna (Sweden), Prawo i Sprawiedliwość PiS (Poland) and Jobbik (Hungary) in order to produce an anti-elitist and anti-tolerant discourse against ostensibly “leftist” elites who impose an “irrational” discourse of tolerance and multiculturalism. Such dynamics depict how racism continues to be the fuel of “Europe”, both in “the East” and in “the West” (Weber, 2016; Böröcz & Sarkar, 2017; Melegh, 2006).

Moreover, in the past years and along the upsurge of these racist discourses, we could observe in the “old” Europe stark debates on sexual rights and emancipation that have elucidated how sexual freedoms, emancipatory values and gender equality are increasingly linked to European identity and in paradoxical ways to national identities (Fassin, 2010). In these debates, sexual rights and freedoms play a growing role in discussions on modernity, democracy and human rights. Tolerant attitudes towards non-normative sexualities (less though towards non-binary gender identities) have been increasingly intermeshed with racist discourses and became markers of freedom and difference (Brown, 2006; Butler, 2009; Dietze et.al., 2009; Dietze, 2016; Puar, 2007; Kosnick, 2013; Castro-Varela & Dhawan, 2009).

The debates over Brexit in the UK however, have also shown that in the “old” Europe there are different shades of whiteness and “Europeaness” measured by the capability to perform a particular set of values and sensibilities allegedly impossible to reach by some of the people from new member states of the EU (Lewicki, 2017; Böröcz & Sarkar, 2017; Fox & Morosanu & Szilassy, 2014). These phenomena show that there is a “spectre of Orientalism” (Buchowski, 2006; see also Melegh 2006) and (post) imperial dynamics (Cooper & Stoler, 1997; Stoler, 2013) that continue to contour and shape the modern European everyday realities both in “the East” and in “the West”, although in different ways and bringing different outcomes.

What these dynamics have in common however is the reproduction of markers of “civility” and “Europeaness” which are applied to claim cultural superiority over “others”, be it refugees from predominantly Muslim countries or migrants or employees from new member states of the EU. An old colonial and imperial discourse gains new momentum both in “the East” and in “the West” and reveals new bordering mechanisms and mechanisms of distinction while reshaping and reactivating racialized, gendered and classed boundaries and markers in new ways. Matti Bunzl (2000) in this context identifies what he calls the “construction of sexuality and the body as the arena of cultural differentiation and Othering in the modern world” (Bunzl, 2000: 76) or “a topography of embodied otherness” (Bunzl, 2000: 87).

With the prospected special issue we would like to turn the focus on different forms of Europeanization and embodiment and intend to explore ethnographically the work of imperial formations (Stoler, 2013) in the production of the legitimate, “precious” and “prosperous” “European body” (see also Hirschkind, 2011; Stoler, 2002), a body that is always already racialized, classed and gendered. Against such (post) imperial heritage we ask in which ways these formations mutually embody the “other” and the European self and how a European body is constructed and reproduced respectively as specific type of body that is embedded in imaginations of “the West” and linked to imaginations of progress, freedom, and modernity in representations, images, politics, and everyday life. How are “European bodies” produced against an imagined “other”? Which criteria are set to construct and mark unfitting bodies? What socio-cultural and historical discourses and dynamics in contrast stipulate the production of the legitimate and desired, diligent and respectful body?

“European body” can be observed in knowledge productions, discourses and practices that constitute the normal/desired/legitimate body and concomitantly impact and shape notions about the civilized/cultured body, often linked to intersecting and overlapping categories of whiteness, secularism and legitimate class and gender performances and notions of civility and entitlement[1], all reflected in (postcolonial) hierarchies of nation-states and their “cultures”. How, where and when are these processes and phenomena becoming visible and how can they be grasped ethnographically? When and where are the “contact zones” (Pratt, 1993) in which the “European body” is emerging?

Which techniques, practices and technologies (consumption, body shaping, beautifications, practices connected to legitimate gender and class performances and race, screening and/or medical technologies) link bodies and embodiments to imaginations of progress and prosperity/health, modernity and freedom, notions that have often been measured against such ideas as democracy, gender equality and sexual minority rights, particularly regarding visibility (being out and proud), (racialized) sexism and (classed) racism (Dietze, 2016), the latter usually ascribed to fractions of the working class, right extremists and neo-nazis, the former ascribed to refugees and migrants coded as Muslims? What kind of “figures” are produced in these processes (e.g. the white male gay has become a symbol of modernity)? How such bodies fuel Europeanization and policy in different locations and how do other bodies impact cultural and policy change in EU-Europe?

We ask to look back across pasts and into the present in order to explore who marks currently the boundaries of what is considered civilized, cultured, healthy and “normal” and becomes to define what is considered a “European body”. Moreover, notions of temporality shape and reshape relations between “the East” and “the West”, but also within the “new Europe” and between “self” and “other”. What embodies the present, which and whose body epitomizes Europeaness and how does Europeanization generate (tacit) knowledge about the legitimate body?

Thus, the special issue engages in a two-fold approach in order to explore the hegemony and contestation of the “European body”:

From an anthropological point of view, these questions do not just intend to examine the function of differences or reading differences on the surface of the body, but “to account for the very effect of the surface, and to account for how bodies come to take certain shapes over others, and in relation to others” (Ahmed, 2000: 42). In this respect, we welcome contributions that inquire into the “doing”: doing whiteness, doing gender, doing Europeaness. We welcome contributions that inquire into the processes of production of the “European body” from postcolonial, race-critical, queer-feminist, and particularly intersectional perspectives in such fields as e.g. popular culture, urban minorities cultures, social and political movements, lifestyles, gender and sexuality studies, sexual migration, labour migration, border regimes, visual culture, medical anthropology, care studies.

Fassin, E. (2010). National Identities and Transnational Intimacies: Sexual Democracy and the Politics of Immigration in Europe, in: Public Culture 22 (3), S. 507-529.

Giroux, H. A. (2006). Stormy Weather: Katrina and the Politics of Disposability: Routledge.

Lewicki, P. (2017). The EU-space and the Euroclass: Modernity, Nationality and Lifestyle among Eurocrats in Brussels, Bielefeld: Transcript.

The Anthropological Journal of European Cultures (2019) will include 4-5 contributions in form of papers (6000 to 8000 words) which will be selected by editors and in peer review procedure. For further information, its aim and scope, please consult the Journal’s webpage: https://www.berghahnjournals.com/view/journals/ajec/ajec-overview.xml

This issue is conceptualized by Pawel Lewicki and Anika Keinz.

The deadline for selected papers will be June 30th, 2018.

[1] In the context of terrorism and particularly the current “migration crisis”, whose lives belong to “us” is marked by their grievability (Butler, 2009) and/ or disposability (Giroux, 2006). 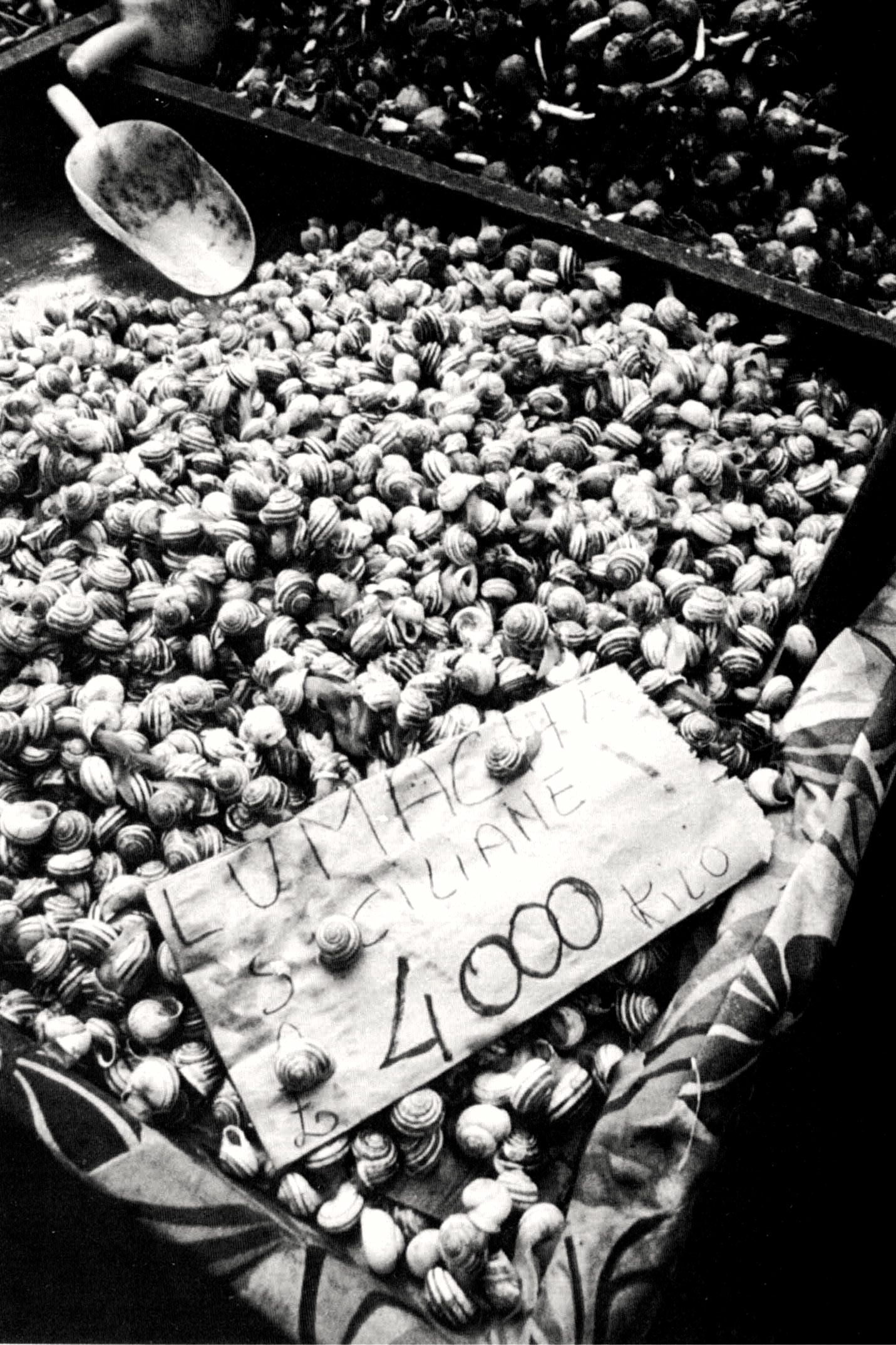 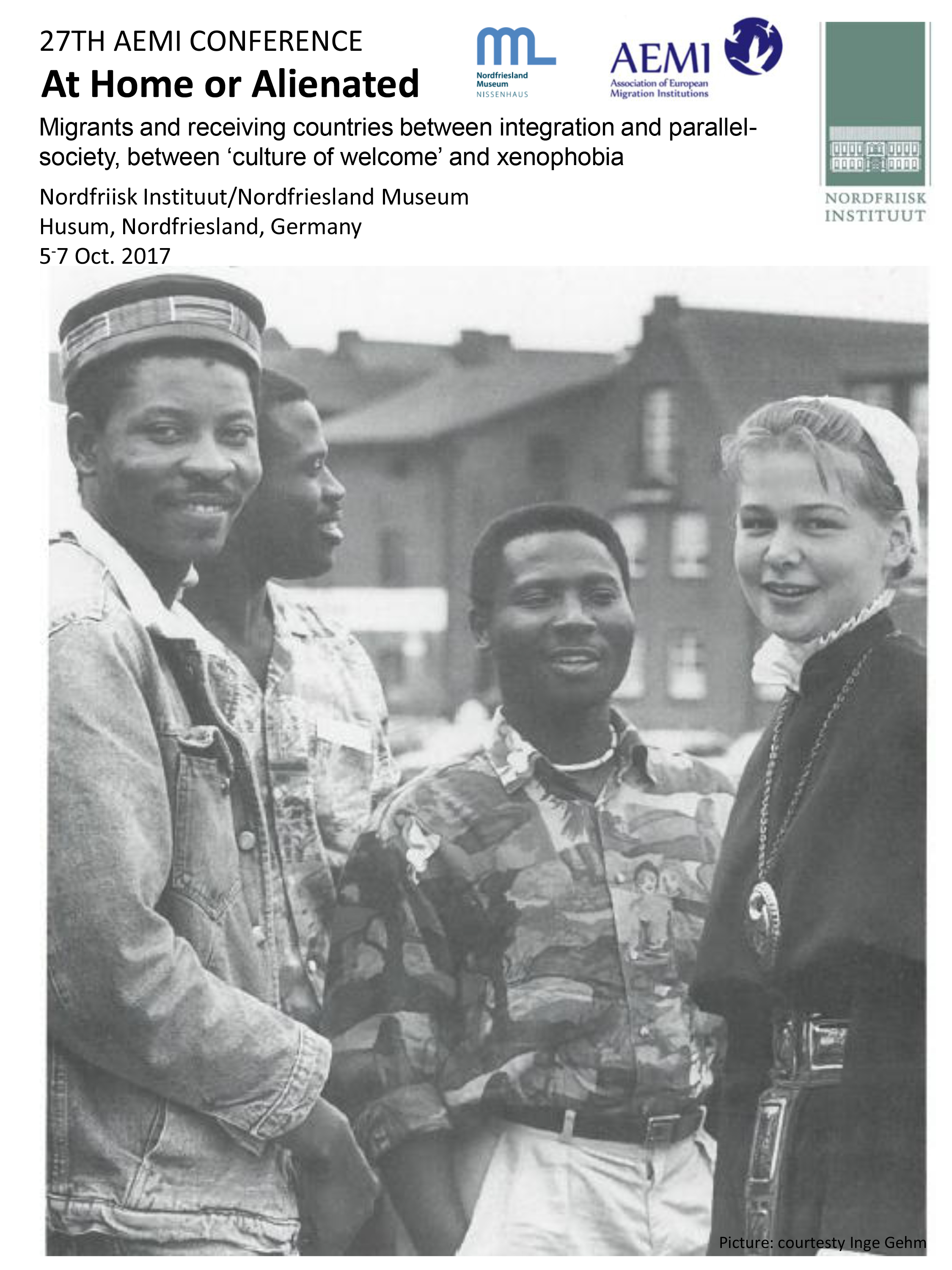 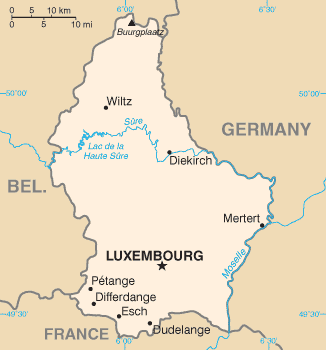