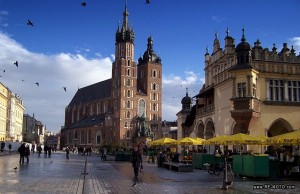 Themes :
1. How lessons from the past may help address questions related to migrations today. Issues like integration, assimilation, segregation, multiculturalism, cultural pluralism, xenophobia and problems of the third generation immigrants were already discussed during time of the great migration by historians like Louis Adamic and Marcus Lee Hansen.
Many scholars believe that Adamic´s works on cultural diversity in a multi-ethnic society are still important for the development of strategies in the area of cultural pluralism not only in the United States but also in Europe today.
What can the integration of European immigrants in the New World teach us about the migration challenge in Europe today ?
2. Shaping Europe´s identity: Internal migrations – past and present.
Internal migrations involved about half or more of the total European populations by the middle of the 1800s, and transborder migrations was particularly high for Poles and Italians. The rebuilding of Europe after World War II, the creation, and later enlargements of EU, the Balkan wars, the dissolution of the Soviet Union, and the present global financial crisis, have in various ways established new forms of mobilities.
How have these changing migration patterns shaped Europe´s identity ?
Workshops: