Skip to content
Monday, May 16, 2022
Latest:
Information of members 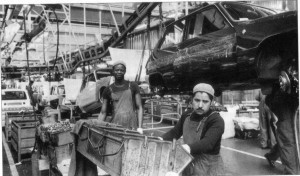 The MigraPort project consists of a consortium of organizations across Europe representing museums, archives and university institutions, all which are focusing on migration history. The aim of the project is to create a single entrance to Europe’s migration history. This is proposed to be done by aggregating content for Europeana using its standards and work models. The MigraPort should be designed to work as a stand-alone service integrated into current initiatives which secures the development after the end of the project.

MigraPort project links together a number of existing digital archives/repositories across Europe focused on migration history. This is done in cooperation with the Europewide association AEMI. The results of the project are:

MigraPort acts as an aggregator for migration history data. Migration history institutions apply European Metadata standards for their digital data and links it to MigraPort, which then channels data to Europeana.
– The Nordic initiative EmiWeb will be re-built to act as the European portal.
– A system will be developed for smaller organizations within MigraPort where they may host their digital data, if not able to do so themselves.
– The network of partners will work to engage all members of AEMI (more than 40) and other organizations in the migration research field.
– The MigraPort runs with a bi-lingual interface.

The project has ten partners from eight European countries.
– All of the partners are members of AEMI
– The Swedish American Center coordinates the project and adds technical expertise to the project
– All partners provide content for MigraPort, except Generiques and coordinates within their countries digital resources and potential new data providers as the projects runs.
– Generiques adds expertise from other EU-projects working with European Metadata standards and Europeana models form the HOPE project . Generiques also has valuable knowledge from building digital archives which is very useful for the project.
– The Institute of American Studies and Polish Diaspora and University of the Basque Country –as partner in the Basque Emigration Museum and Research Center Project – add scientific expertise to the project within migration history research.

The MigraPort adds a very important part of Europe’s history to Europeana, migration concerns everyone. In the 19th and 20th century more than 50 million Europeans have migrated from EU to America. Today it might be very difficult to find digital sources, especially since some resources only exists in one language. The MigraPort should make it easier to search and find digital sources of migration history.